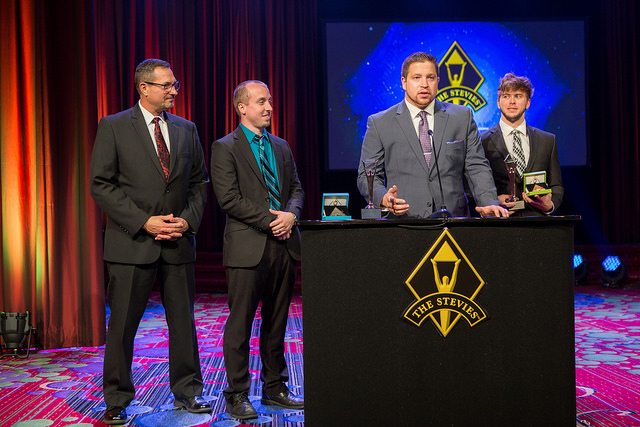 On the evening of June 20th, 2017, over 500 business professionals from major corporations such as L.L.Bean, Dell, and Marriott gathered in New York City to celebrate the 15th Annual American Business Awards. Among the winners was local advertising agency Strunk Media Group, which brought home awards for Startup of the Year and Veteran Business of the Year.

“Each year the judges find the quality and variety of the nominations to be greater than the year before. The 2017 competition was intense and every organization that has won should be proud,” said Michael Gallagher, president and founder of the Stevie Awards.

Twelve committees of judges scored each entry’s business achievements and focused on key points such as creativity, growth, and effectiveness. When it came to judging Strunk Media, the judges stated that “Strunk is an excellent example of commitment, determination, energy and initiative combining for corporate growth” and it was “fantastic to read the story of how [the] company stood out above the rest, along with continued success and a fantastic client retention.”

Strunk Media Group, a young advertising agency located in Kutztown, was extremely honored to be recognized as both Startup of the Year and Veteran Business of the Year. For its founders Matthew Strunk and Devin Peterson, who began as two tech enthusiasts trying to provide Internet services in Matt’s basement, the entire experience has been surreal. In just two years of operation, the company has acquired over 40 clients, fourteen employees, and, now, two American Business Awards. 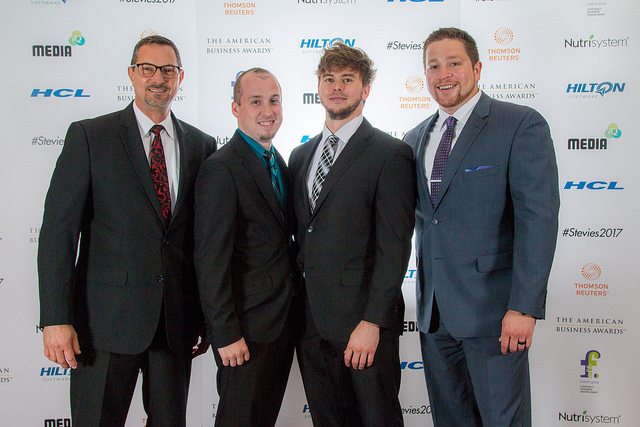 “I honestly applied for the Stevie Awards on a whim,” Founder and CEO Matthew Strunk stated. “So when I found out we won in both of the categories we submitted for, I was ecstatic. It’s a great feeling to be recognized among so many other incredible industry leaders.”

Moving forward, the Strunk team will continue to focus on generating creative and innovative techniques to help its clients achieve their marketing goals while also growing its own company. As one judge pointed out, “Strunk Media seems to be doing a lot of right things in the right manner”, and it does not plan on slowing down anytime soon.