The Best and Worst of Marketing: Fast Food Successes 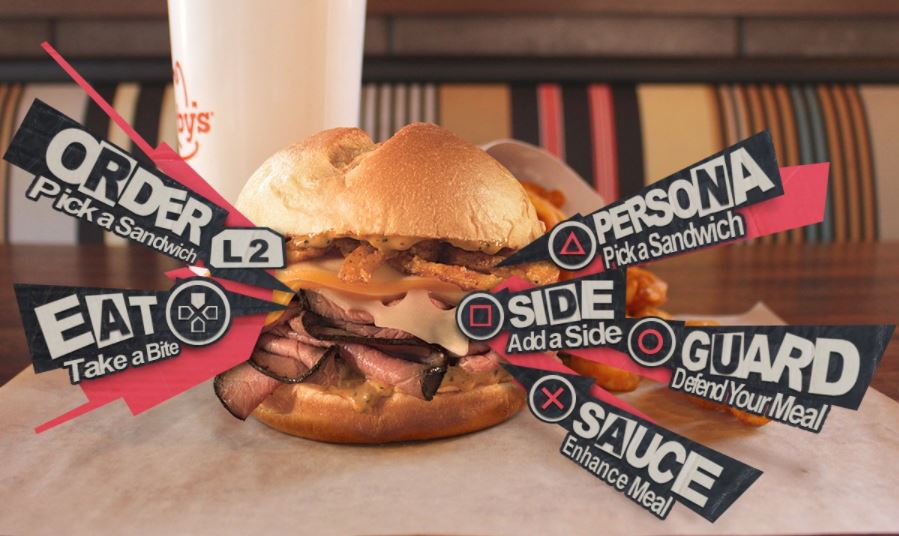 Welcome to the second installment of our Best and Worst of Marketing series! In the spirit of learning by example, we’re featuring noteworthy highs and lows from North America’s biggest brand names in the past decade.

Last month we took a look at three major fails from the fast food industry. From “healthy” french fries to wings no one wanted, these examples proved that even companies with tried and true business models get it wrong sometimes.

But it’s hard to keep a multimillion dollar corporation down, so there are plenty of success stories in the world of drive thrus and dollar menus too. Check out our list below and be sure to keep an eye out for Part 3 coming soon.

While burger ads of days past focused on feeding the traditional American family, most brands have adjusted their target demographics to reflect the changing dynamics of our time. The digital age is dominated by social media, where reaching diverse, highly specific groups of consumers is easier and less expensive than ever before.

Still, social can be a difficult landscape to navigate. There’s a high demand for authenticity, even from major corporations, and when posts sound too much like carefully researched marketing copy engagement decreases exponentially. It doesn’t matter that deep down consumers know the Tweets and Insta stories they’re reading are likely coming from a multi-person marketing team; if the message seems genuine and connects emotionally, they’ll start seeing the company’s account—and by extension the company—as a personality or a friend rather than a business. And that’s often branding’s ultimate goal.

Plenty of food chains like Denny’s and Burger King have embraced the internet’s collective love of weird, absurd humor, posting memes and irreverent content that might once have been relegated to the dark corners of Reddit or 4chan, but none have cashed in on a specific subculture as creatively or consistently as Arby’s. Through Twitter, Facebook and other social sites, the Georgia based franchise is targeting an audience that, before the golden age of the internet, was typically ignored by mainstream advertisers: Nerds.

“There’s a high demand for authenticity, even from major corporations…”

We’re using that term in the modern sense, meaning self-identified superfans of comics, books, films, television and video games. Arby’s, realizing that sharing your love for a particular piece of pop culture drives a great deal of internet content, capitalized on this in 2017, co-opting popular media to engage built-in audiences with disposable income to spare.

What sets Arby’s apart from competitors who’ve tried the same technique is their commitment to that all important illusion of authenticity. Engaging fandoms can be tricky, they tend to be fiercely loyal to their franchises of choice and have a limited tolerance for click bait, especially from a source outside the industry. Posting the first out of context meme from a quick Google search won’t get you anywhere.

Clearly there are more than a few nerds at Arby’s HQ, because the attention to detail is phenomenal no matter what series they’re referencing. From obscure quotes to the beautifully crafted art pieces, their content looks like it’s made by a talented real live fan who just happens to also love Arby’s food. The result is highly shareable content that consumers look forward to seeing in their feeds, generating instant branding benefits that will last long after the campaign has ended.

Lesson Learned: Social media allows for hyper targeting that can be used to your advantage. Authenticity is key!

Most people have reasonable expectations when it comes to fast food. Quick, tasty and above all cheap are the running status quo.

No franchise understands this quite like Taco Bell. While other chains have budget menus designed for the cost conscious consumer, they generally offer only a small selection of a la carte items that aren’t featured on the regular menu. The portions are also smaller and, while this can be good thing for anyone watching their diet, low calorie options aren’t typically what most people visit a fast food restaurant for. Sometimes the prices start creeping up as ingredients get more expensive – McDonald’s original dollar menu is now officially the $1 $2 $3 Dollar Menu – and by the time hungry customers piece together a meal, they’re paying more than they intended anyway.

Since at least 2013, Taco Bell has offered a $5 Cravings Box in some form or another. The name and contents change periodically with the release of new taco or burrito or alongside a licensed promotion, but the concept is always the same: Offer 3-5 popular menu items in one complete package, including a full-sized drink.

“Quick, tasty and cheap are the running status quo.”

It’s an effective strategy that hits all the points we covered above. It’s quick – Consumers don’t have to spend time scanning the menu and can order multiple items at once. It’s tasty – The boxes always feature at least one specialty item plus a sampling of other treats that use the same ingredients and portions as the regular menu. And it’s cheap – At five bucks a pop, it’s less expensive than a lot of comparable fast food meals, both at Taco Bell and its competition.

Marketing for the boxes plays up these strengths, focusing on the price. While some iterations were initially referred to as Big Box Meals this was quickly dumped in favor of the current title, with every ad featuring a big, bold “$5” front and center, complemented by photos of all the tacos, burritos and nahcos you’ll get for such a insignificant price tag.

How effective is it? In 2017 the company reportedly sold $1 Billion worth of boxes, making these cheap, easy meals one of their largest drivers of revenue yet.

Lesson Learned: Play to your strengths, especially if those strengths are cost and convenience.

You can’t have a list about fast food without including at least one entry from the golden arches. One of the most successful franchises in the world, McDonald’s is a household name in cities far beyond the continental US where it all started.

Clearly they’ve had a lot to celebrate over the years, but their most recent major win has to be all day breakfast. After maintaining a strict 10:30 AM cutoff for decades, McDonald’s finally decided to offer breakfast items, including the ever popular McMuffin, all day long with hamburgers and fries.

Kicking things off at select locations in 2015, all day breakfast went nationwide just one year later accompanied by a marketing campaign declaring “The wait is over” and “It’s finally here”. And it was true, customers had wondered for years why McDonald’s would put a limit on hashbrowns and sausage McGriddles when all the ingredients and the means to make them are on the premises regardless of what time of day it is.

Previously corporate had always played the inconvenience card, claiming all day breakfast would increase wait times for customers and cause too many headaches for employees preparing the food, although they were likely more worried about the return on such a significant investment in planning and logistics. Overhauling standard procedures can be costly, especially in a nationwide chain. Their welcome change of heart, meant to win back customers who had strayed with the novel experience of ordering McDonald’s breakfast long after the morning hours, was a test of whether or not listening to consumer demands would pay off in the long run.

It worked! Same store sales rose and average of more than 5 percent in the first quarter after all day breakfast launched, a number that beat even McDonald’s CEO Steve Easterbrook’s predictions. As Forbes reports the executive told investors, “Frankly, it’s still exceeding our expectations,” in 2016. Additionally, after a few years of less than stellar performance, McDonald’s stock rose by more than 40 percent in 2017, a feat Eater attributes at least partly to all day breakfast.

Once again, making it easier to get the cheap, tasty food people crave appears to have paid off, and consumers can enjoy a McMuffin and a McFlurry all in one meal.